An Excerpt from “They Said They Wanted Revolution: A Memoir of My Parents” by Neda Toloui-Semnani

A Conversation with
Neda Toloui-Semnani

On her memoir, “They Said They Wanted Revolution: A Memoir of My Parents”

“I believe we can trace ourselves back through time, through history. The practice of tracing myself this way, helped me feel connected to my ancestors and with a great many others outside of my immediate sphere. I suddenly felt that I was part of a larger tapestry, one that’s being woven in real time but goes back eons. There’s a comfort to that feeling of connection for me.”

A Conversation with Neda Toloui-Semnani
On her memoir, “They Said They Wanted Revolution: A Memoir of My Parents” 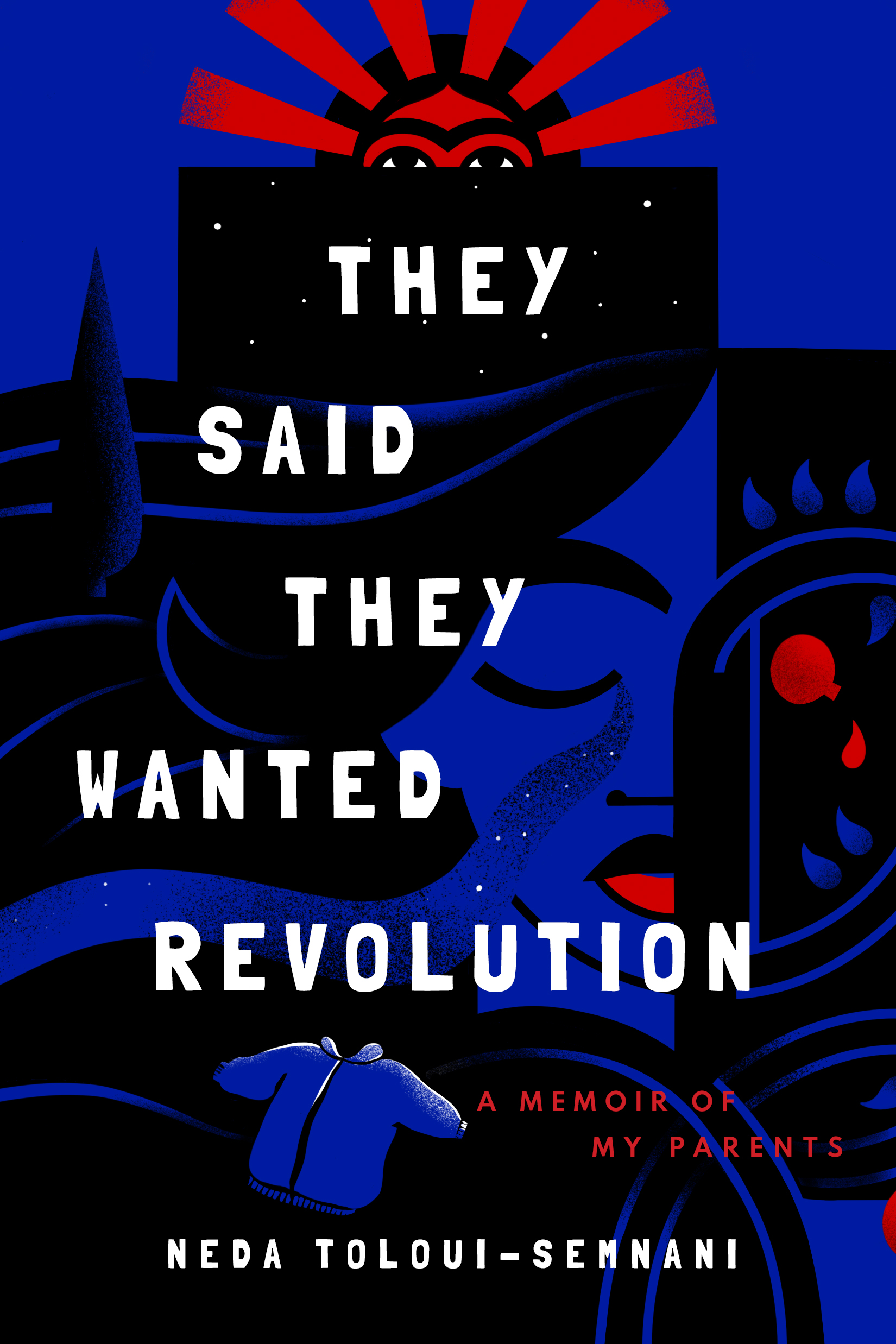 From a daughter of Iranian revolutionaries, activists, immigrants, refugees, and asylum seekers comes a gripping and emotional memoir of family and the tumultuous history of two nations.

In 1979, Neda Toloui-Semnani’s parents left the United States for Iran to join the revolution. But the promise of those early heady days in Tehran was warped by the rise of the Islamic Republic. With the new regime came international isolation, cultural devastation, and profound personal loss for Neda. Her father was arrested and her mother was forced to make a desperate escape, pregnant and with Neda in tow.

Conflicted about her parents’ choices for years, Neda realized that to move forward, she had to face the past head-on. Through extensive reporting, journals, and detailed interviews, Neda untangles decades of history in a search for answers.

Both an epic family drama and a timely true-life political thriller, They Said They Wanted Revolution illuminates the costs of righteous activism across generations.

Read the following excerpt from They Said They Wanted Revolution: A Memoir of My Parents by Neda Toloui-Semnani:

IN 1921, the first monarch of the new royal line, Reza Shah, had a vision for modernizing and secularizing Iran. He wanted Iran to be respected by Western powers—the ancient nation was to be held up for their admiration and approval.

Before the beginning of the new shah’s reign, a law had been passed that required every Iranian to choose a surname. Before this, only the very upper classes had family names that conveyed their lineage from one generation to another. Reza Shah had chosen a name for himself and his family: Pahlavi. He asked his subjects to follow his example.

It was around this time when my paternal grandfather, Hussein, a young man who dreamed of being a doctor, lost his father to suicide.  My great-grandfather painted his suicide note across the walls of their home. Hussein, then fourteen, was now the head of the family. He packed his dreams away in order to go west to Tehran in the hopes he’d quickly find work in the bustling capital some 215 miles away.

I choose to believe that my grandfather decided our name early on his trek across the rocky desert terrain. The air was bone-dry. It whipped moisture from his brow; dust and sand became lodged in his hair, the corners of his eyes, and the edges of his teeth. He was still a boy, grieving for his father and afraid of what was to come for his mother, his sisters, and himself. The fate of the family weighed on him as he moved steadily toward a city that must have felt impossibly far. So far, it may as well have been another world.

I can’t know how many days he walked or whether he was able to catch a ride with those who were moving in his direction, but I hope he had help as he went along. I hope he was more excited than afraid.

It was before his muscles became used to the exercise and as his fair skin began to burn under the relentless glare of the sun that I imagine my grandfather chose our name. He was a thoughtful and deliberate soul; he may have spent days playing with various possibilities. He felt each syllable as it moved over the surface of his tongue. He considered them. Maybe he went back and forth between several names. As he walked, he could have strung the names together, turned them into a rhyme to test the cadence.  Choosing may have helped ward off the tedium of walking, constantly walking, through the rough-hewn and neutral-colored landscape. Maybe the act served as a balm to the feeling of moving, placing one foot in front of the other over and over again, without the relief of arrival.

Common sense says my grandfather would have begun his days early while it was cool, and the sky was still dark. Desert mornings are miraculous: the light expands across the beige and muted blues, and a sweep of blues, pinks, and violets heralds the dawn. For a moment, every living surface quivers under droplets of dew; the sky ebbs from inky blue to azure, then an explosion of peaches and reds and ecstatic yellows. The morning celebrates the whole of the desert: the subtle greens and golds, the splashes of white and indigo.

The night, which was dark, cold, and lonely, fades away; in its place is a celebration of having persevered.

But the respite between the cool night and the hot day is brief:  my grandfather could have seen the jagged mountaintops surrounding him and listened to sounds of the desert as they alternately swelled and calmed. His back would’ve begun to warm as if there was a hand pressed against him, urging him westward.

He chose this name: Toloui, of sunrise, and attached it to Semnani, of the city of Semnan. We are a clan born of the sunrise over Semnan, the city where his family started. Our history is contained in these words.  Our name holds poems, journey, elation, and grief. When I say it, I am telling the story of our ancestors. When my grandfather chose it, we began to be what we would become: a clan of wanderers and seekers,  determined dreamers moving through a too-real world.

In America, the name my grandfather gifted us has been broken into pieces. Some of us claim the first half, Toloui, and others the second, Semnani. I try to be like the hyphen in my name and hold together both halves; I try to hold the stories.

Excerpted from They Said They Wanted A Revolution: A Memoir of My Parents by Neda Toloui-Semnani. © 2022 Published by Little A, February 1, 2022. All Rights Reserved.

Neda Toloui-Semnani a senior writer on the television news magazine, VICE News Tonight. Her work has appeared in numerous publications, including The Washington Post, Kinfolk, New York, LA Review of Books, The Baffler, and Longreads among others. She’s been featured in The Rumpus and This American Life. She holds a masters of science in gender and social policy from the London School of Economics and Political Science and a masters in fine arts in nonfiction from Goucher College. She was named a 2018 fellow with the Logan Nonfiction Program and a 2017 NYSCA/NYFA fellow in Nonfiction. She grew up in Washington, D.C., and is based in Brooklyn.